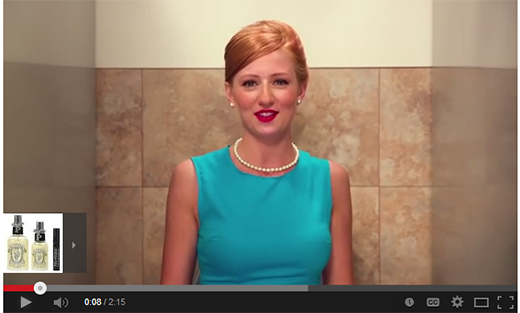 The world of viral marketing often starts at YouTube and ends with entire websites, Facebook pages, Twitter posts, Tumblr sites, apps, and other channels devoted to the love of these ideas and to the possibility of becoming popular on the backs of these ideas. This blog post covers 10 of the most recent Internet phenomena that set the web ablaze in an eruption of shares and tweets. Whether it was branding strategy, a strategic marketing plan, or just a Hail Mary, these are all ideas you can take away and use for your own video or other marketing strategy.

The following examples mirror our need to see and feel something exciting. They are an eclectic mix of edgy, unique, playful, and heartwarming emotions that beg to be shared and have to be seen to be believed!

2014 has most definitely been the year for “prankvertising.” As the social media marketing phenomenon grows, so has the amount of “reality-based” ad campaigns that are created for the sole purpose of shocking people into sharing on Facebook and Twitter.

The Devil Baby Attack viral video by marketing experts Thinkmodo is a particularly brilliant example of guerilla video advertising that set the world’s social media platforms alight when it was released prior to the opening of the movie Devil’s Due. Far scarier and more interesting than the movie itself, the ingenious campaign that included the creation of an amazingly realistic animatronic baby in various states of demon possession has received 42,679,348 views in the short time it’s been on YouTube.

A “posh British bird” with a Queen’s English accent is an unlikely choice for a video about (ahem) going to the toilet, but this air freshener ad for the new air freshener product set the Internet on fire when it was released. Created by Internet marketing strategy expert Jeffrey Harmon, the ad received 1.24 million shares and 5.2 million views.

Provocative, but ultimately done with great wit and humor, it’s the kind of ad that people can’t help sharing for a giggle at work or to shock the easily offended! The campaign was one that had multiple Twitter posts, Pinterest boards, parody videos, etc., devoted to it that became popular within themselves. This ad is the absolute antithesis of a viral marketing campaign that grows organically.

The Thai mobile phone company TrueMove created an ad campaign that triggered millions of share buttons and filled millions of handkerchiefs! Created by Ogilvy & Mather Thailand, the ad is beautifully crafted and directed. It is not surprising that this mini-movie got 1.50 million shares; it appeals to the “softy” in all of us. More than a mere advertisement, it speaks to us about the importance of love and generosity in our society and the consequences of those actions.

There are those viral campaigns that trade off of shock and horror, and then there are campaigns that go viral because they appeal to the romantic in us who wants to be the selfless soup chef or the grateful doctor.

In late 2013, we were treated to a piece of genius advertising by Weiden + Kennedy London, for phone/net service provider Three.co.uk. They created a hilarious video of a Shetland pony doing the moonwalk to Fleetwood Mac. Based on the simple, but brilliant proposition “Silly stuff. It matters” and “Keep on Internetting,” they showed the world why short, sweet, and funny films beat typically bland and generic advertising in a world of social sharing.

What followed the massively popular video (1. 9 million shares and counting) was an equally popular “Pony Mixer” phone app for making your own pony dance to your own tune.

Our second prankvertisement for LG Ultra HD TV’s first aired in Chile earlier this year. Created by ad agency Grupo:Link Santiago, the ad went super-viral and set social media ablaze with the sheer shocking audacity of it! Simultaneously cruel and hilarious, the prank involved people sitting down for what they believed was an interview and watched the end of the world through a fake window that was actually a TV screen.

The ad appeals to the extreme video culture that has grown out of the YouTube culture of short and sweet reality videos. Undeniably edgy and shocking, the video was made for sharing and posting and is one of the most globally popular advertisements of the last 4 months. As people’s attention shifts from TV to online sources, even big companies like LG are willing to take bigger risks with their marketing content.

The Super Bowl is known for controversial commercials, but I doubt anyone could have predicted the avalanche of tweets and social commentary that the Coca-Cola one caused this year. I suspect that there was some level of intent to make a provocative commercial with the use of same-sex couples and America the Beautiful sang in different languages, but the backlash to the commercial was surprising to say the least!

The idea of Coke as a brand that represents many cultures and ethnicities is not a new one. From the “I’d like to buy a world a coke” commercials of the 70’s to today, it’s a brand that has been very conscious of being a product that appeals to a world community (or at least promoting that viewpoint). With all the masses of press and commentary surrounding the commercial that has a whopping 11,772,232 YouTube views and counting, it’s hard to not measure the commercial by the Wieden+Kennedy agency as a massive success.

Despite the negative tweets by some, a greater majority of people have jumped to the defense of the brand and praised it for being a more realistic portrait of a multi-cultural nation. As Katie Bayne, president of Coca-Cola North America said in the wake of the commercial’s release: “We hope the ad gets people talking and thinking about what it means to be proud to be American.”

This is a bit of a head scratcher. Is it a brilliantly devised ad that was faintly ridiculous enough to get people feverishly sharing in bemusement? Or is this an ad that was supposed to be serious and have a genuine point to make that got people sharing because they could not believe the absurdity of it all? I suspect the former, but whatever the intent, the ad got 2 million shares and counting.

Short and sweet, the ad has been parodied by everyone from Channing Tatum to Chuck Norris, and has been tweeted about by the truckload!

The last in this list of prankvertisement videos was another genius advertising concept by viral experts Thinkmodo. It was created to promote the opening of the recent Carrie movie remake and got a massive 2.17 million shares. Elaborately planned and staged, the video is a terrifying concept of bringing the fantasy powers of the film’s main protagonist into the real world and scaring the living daylights out of those poor coffee shop patrons.

It was a truly shocking video that, again, is a much more interesting concept than the predictable remake itself! It’s not surprising that this exciting piece of filmmaking got more attention and views and shares than any of the film previews themselves. It just shows how imaginative marketing beats generic advertising in this new age of social marketing.

Almost 2 million shares on multiple channels has made this video one of the most shared videos of recent months. Discovery Channel has a history of doing killer videos, and marketing for this yearly TV event and this year’s marketing campaign was the most successful they’ve ever done.

The Snuffy the Seal video got chuckles from most, but some viewers complained that  it was in bad taste (and even some people mistook the video for a real one!) The reaction it got was exactly the one that was hoped for. In the social marketing world, I think it’s fair to say that people do not share and discuss videos that don’t have something weird, sad, funny, shocking, or gross to say!

This all-singing, all-dancing video by dance director Jon M. Chu was originally intended to be a modern redo of the old aircraft safety presentations for showing on Virgin America flights. But due to word-of-mouth from passengers and some clever online marketing, it became an Internet video sensation that has been shared by millions.

This video just shows that great and original content will always get shared, whatever the source or platform. I think one of the takeaways we can learn from this example is that social media marketing is about knowing people rather than chasing clicks! Knowing how to market something is crucial, but if you don’t have appealing content that captures people’s attention in the first place, you really have nothing to share.