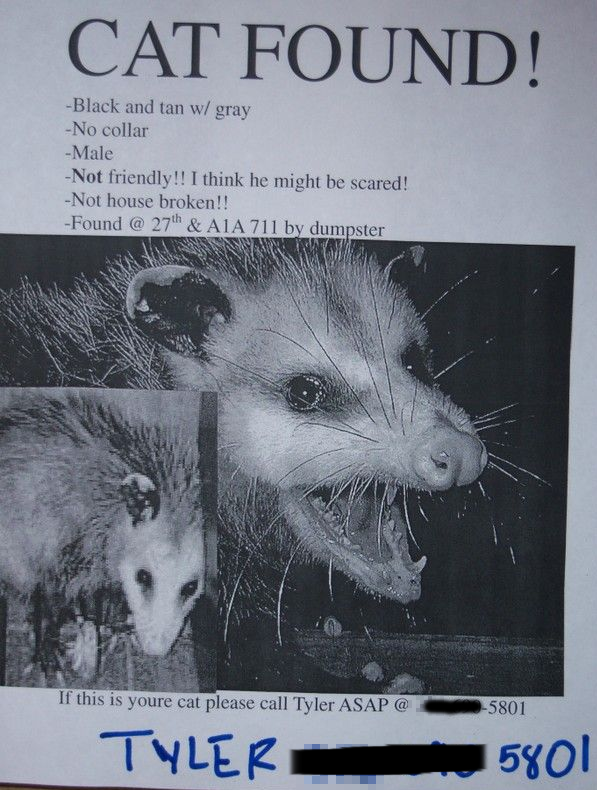 The 10 Most Awesome Lost-Pet Flyers 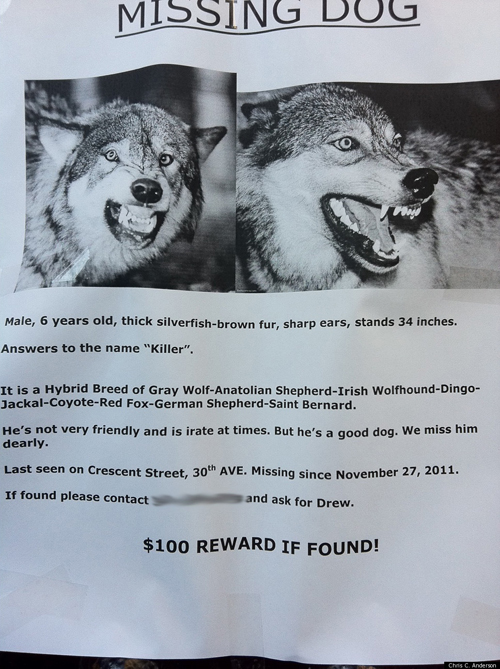 Losing a pet can be a terrifying experience, and if you’ve ever spent an afternoon plastering 5,000 flyers across your neighborhood, you probably know what we’re talking about. Thankfully, lost-pet flyers have proven extremely effective for ensuring the safe return of countless wayward dogs, cats, and apparently even wookiees. Here are just a few of the most awesome lost-pet flyers you’re ever likely to find, courtesy of the Interwebs. 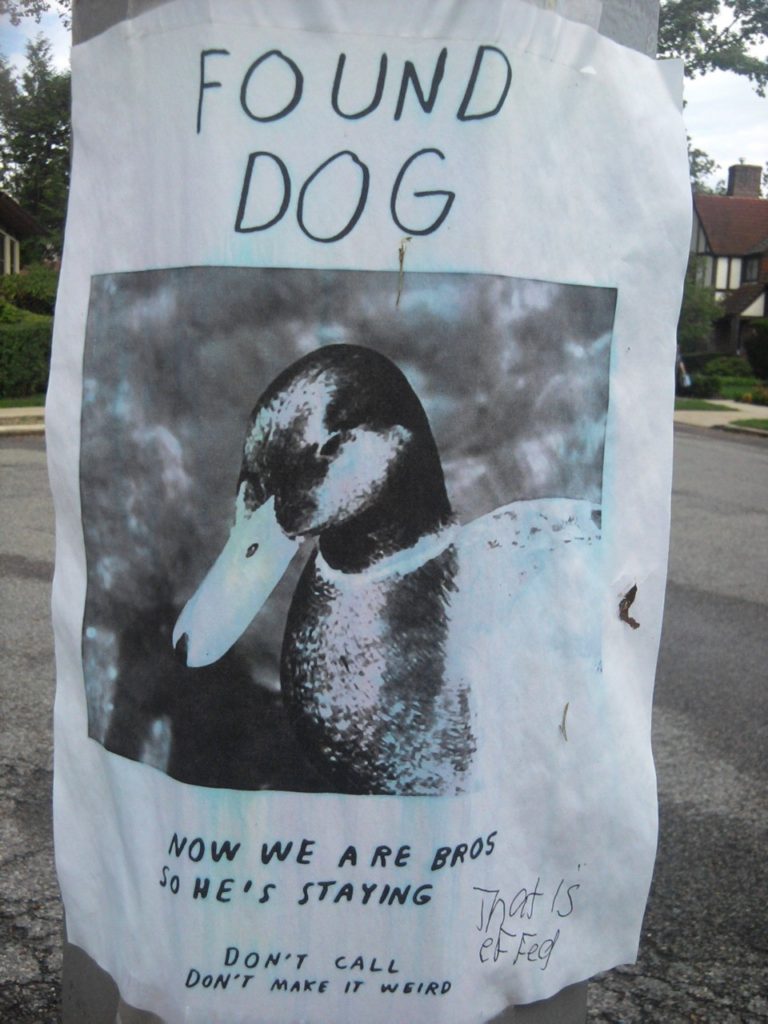 I can’t quite put my finger on it, but there is something unusual about this dog. Regardless, the person who posted this ad seems like the kind of individual that you would definitely want to have a beer with (but maybe not the best person to lend money to).

I have never agreed more with anything in my life. This image makes me want to print out 5,000 flyers of my own and spread the gospel of this exotic and wondrous cat all over town. I don’t know its name, but I know I want to write books chronicling its many adventures.

I can forgive Tyler for not knowing the difference between a cat and an opossum, but I can’t forgive his misuse of the word your. Some people mistake “your” with “you’re” and vice versa, but this is neither. I won’t feel too badly if Tyler attempts to give this cat a belly rub. 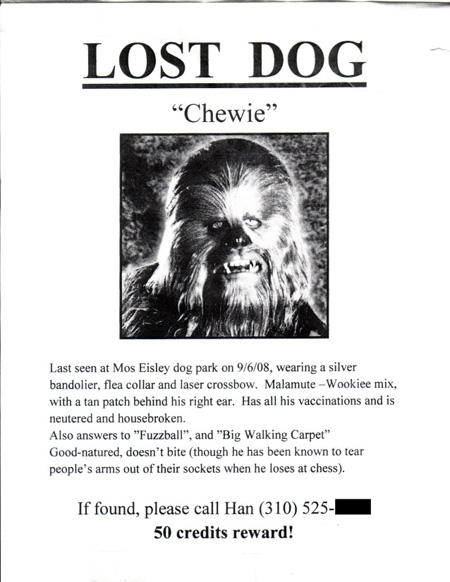 I just feel sorry for the poor veterinarian who was gifted with the unfortunate responsibility of neutering Chewie. There aren’t enough sedatives in the world.

You would think that a multimillionaire like Stephen King could offer a bigger reward for his missing dog. I mean, one hundred dollars won’t even cover the cost of the ambulance ride. Just one quick tip: If you see foam dripping from the dog’s mouth, it means he likes you. 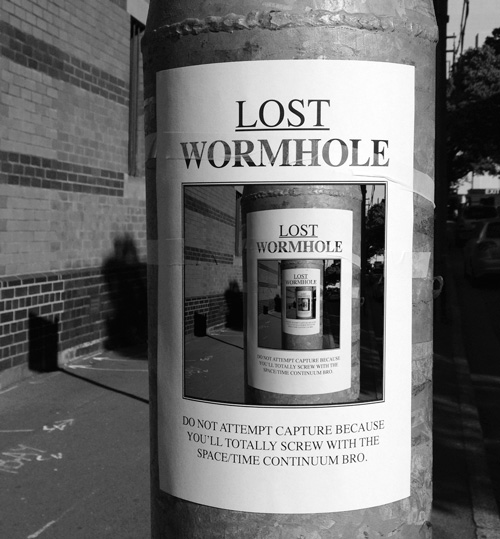 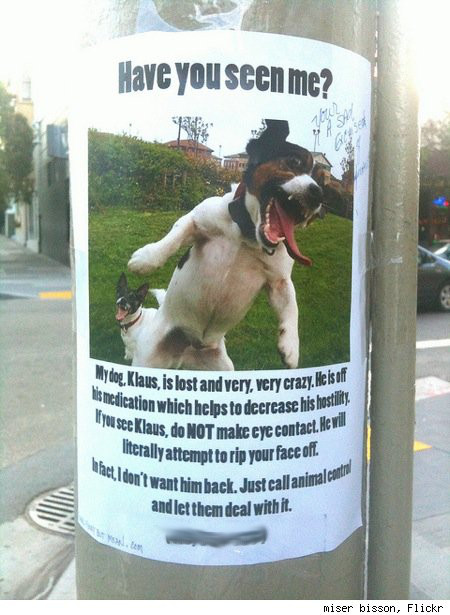 If Eddie from Frasier hooked up with one of the Gremlins, the resulting offspring might come in the form of Klaus. Add to that the Gene Simmons tongue and the kangaroo-like jumping ability, and what you have is quite possibly the most awesome canine to ever terrorize the dog park. Give him the distance and respect that he deserves.

Unless you’re the keymaster, you should probably just leave this dog alone. Unless you have snausages. There isn’t a dog in this or any universe that doesn’t love snausages. 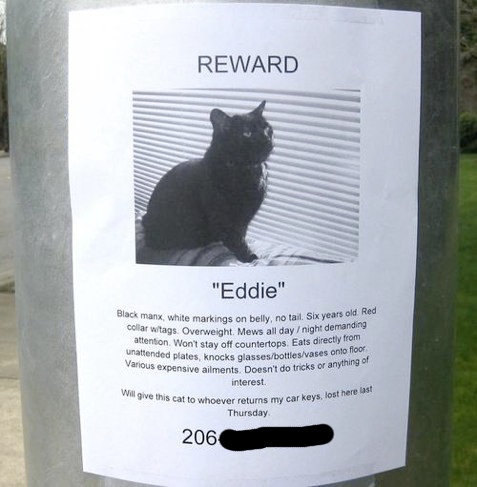 It’s possible that Eddie acts out because his owner is a total d’bag. Keep fighting the good fight, Eddie. 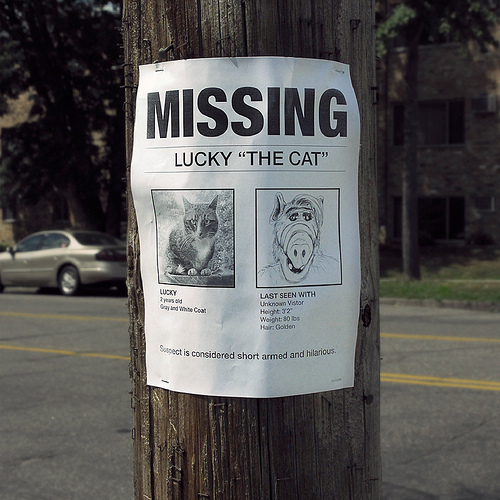 Now here’s an episode of America’s Most Wanted that we’d all love to see. If they don’t find Lucky in the first 48 hours, he’s statistically more likely to be food.

Hopefully you’re not plagued by a missing pet or a parasitic demon dog, but maybe you have need for 5,000 flyers to promote your business, event, or other marketing enterprise. If that’s the case, check out our unbeatable flyer printing options at NextDayFlyers. Whether you need simple ¼-page flyers or bold full-page flyers, we have the best high-resolution options at the most competitive prices. Order yours today.

Published in Fun and Printing