Home » Printing » Look Out! Airbnb Signals 2017 Is the Year of the Print Marketing Trend 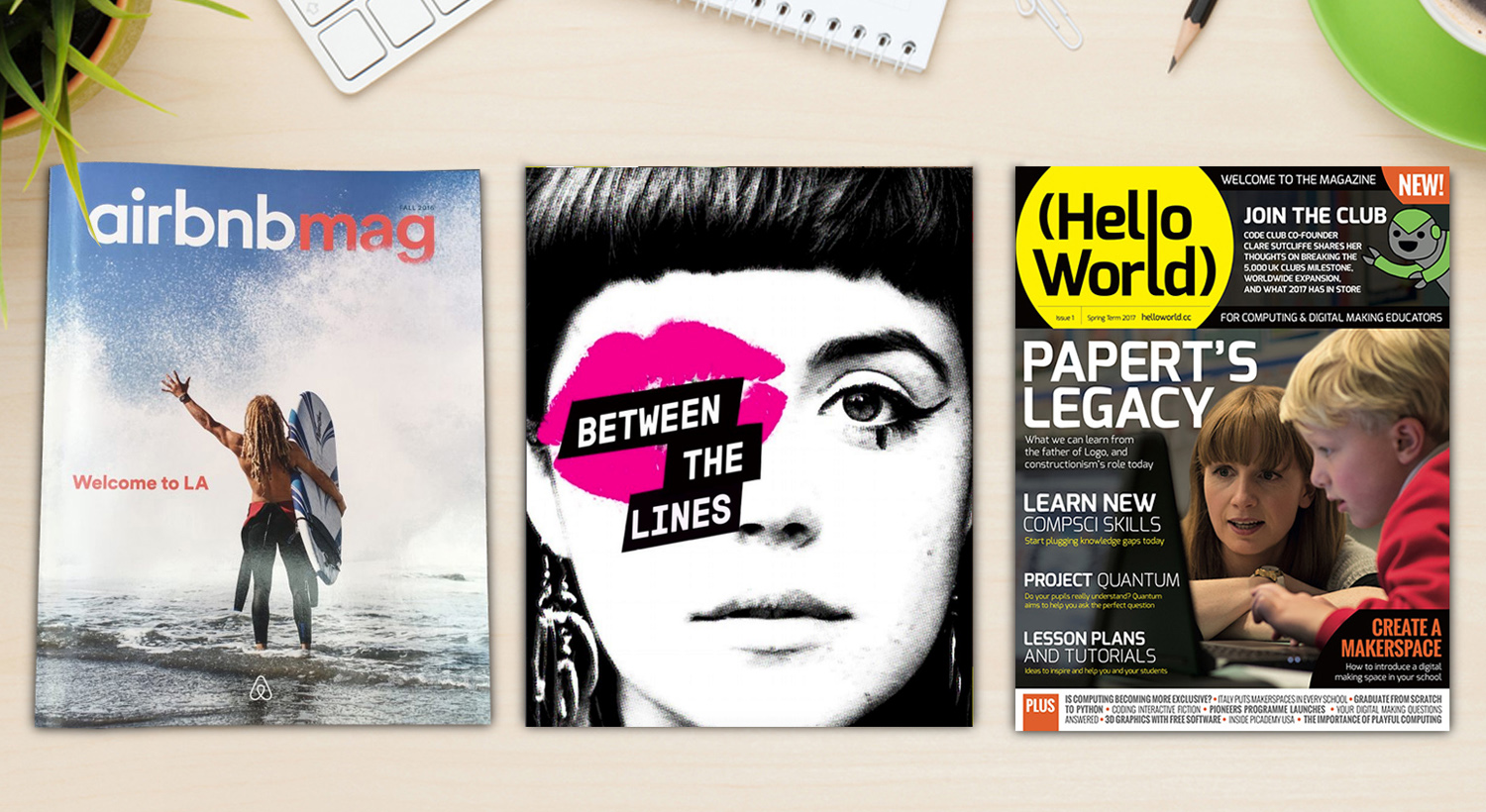 Look Out! Airbnb Signals 2017 Is the Year of the Print Marketing Trend

Airbnb CEO Brian Chesky himself presented the magazine in what he called his “miniature-Oprah” moment. He asked the audience to look under their seats. Waiting for them was the first issue of the magazine. The CEO promised to release two more issues of the magazine this year, as well as an online version of the publication.

The new Airbnb magazine is a welcome sight to an industry that is usually maligned with exaggerated “Print is Dead” headlines. But this was not Airbnb’s first stint with a print marketing strategy.

In 2014, the company launched their first magazine called Pineapple. Airbnb intended it to be a coffee table magazine displayed in homes that are part of the company’s expanding network. Pineapple was to publish quarterly, but was only able to launch the first issue. The magazine faced several challenges, including a significant slash to its budget, partly due to doubtful executives.

While Pineapple did not achieve its objective, Chesky and the rest of the company had reason to continue their print venture. According to Hearst’s Joanna Coles, the new Airbnbmag aims to be “on every coffee table, to be on every nightstand, it’s to accompany you on every flight you take.”

Coles also said that the magazine will focus on user-generated content as opposed to traditional travel magazines, as well as the creation of experiences.

“It’s not a travel magazine … It’s a magazine about people, about experiences. It’s also going to be about the community. It’s going to be about Trips … It’s about how do you take small moments of spare time that you get and use it to transform your life,” she said.

The move was in line with the company’s expansion beyond just hosting travelers. Airbnb’s Trips will focus not only on just looking for a place to stay, but also choosing “experiences” curated by local experts and hosts. The new Airbnbmag will tap into the expertise of the same hosts and regular travelers to generate its content.

Girl-centric incubator and platform School of Doodle is launching its own quarterly magazine for teen girls. The ’80s glam inspired print magazine entitled Between the Lines was launched in late 2016. After the success of their Kickstarter, Doodle founder Molly Logan wanted to create a print magazine that presents Gen Z teenage girls in a more accurate light. Between the Lines will compile poetry, art, interviews, and essays by girls.

Food Network personality Ree Drummond will also launch her new magazine in partnership with Hearst this year. The Pioneer Woman magazine will be exclusive to Wal-mart, where her own kitchenware are also sold. During the release, Drummond told Country Living, “I love using images to tell stories, demonstrate recipes, and share helpful tips, and I want to create a fun, positive, exciting experience for readers.”

Single-board computer company Raspberry Pi also just launched their aptly named magazine Hello World. The magazine is about computing and digital projects created by educators for other educators and enthusiasts. This is in line with the company’s overall goal of teaching basic computer science in poor schools and developing countries. The company will print three issues of Hello World per year, which will also be available online.

In my opinion, the launch of several magazines late last year shows the power of print magazines in today’s digital world. Both big brands such as Airbnb and smaller, niche companies have presented clear plans to invest in it. 2017 is starting to look like the year for the resurgence of print.

The trend is expected, however. In 2016, print was still one of the most popular marketing channels in the United States, ranking third below websites and social media. The same report stated that 65% of US companies with 500 employees or more currently use print marketing.

I personally like the integration between print and online. Most of these magazines will have their own online presence. This, I think, is the new purpose of print. While it can stand on its own, it also increases the effectiveness of other marketing channels.

Should You Invest in Print Marketing Today?

I understand if you’re somewhat reluctant to create your own marketing campaign centered around a magazine. But the trend in print marketing is only going upward, with marketers finally solving the print conundrum. I suggest starting small, with booklets or flyers to advertise your products and services. The key here is filling in the information your target market will find useful.