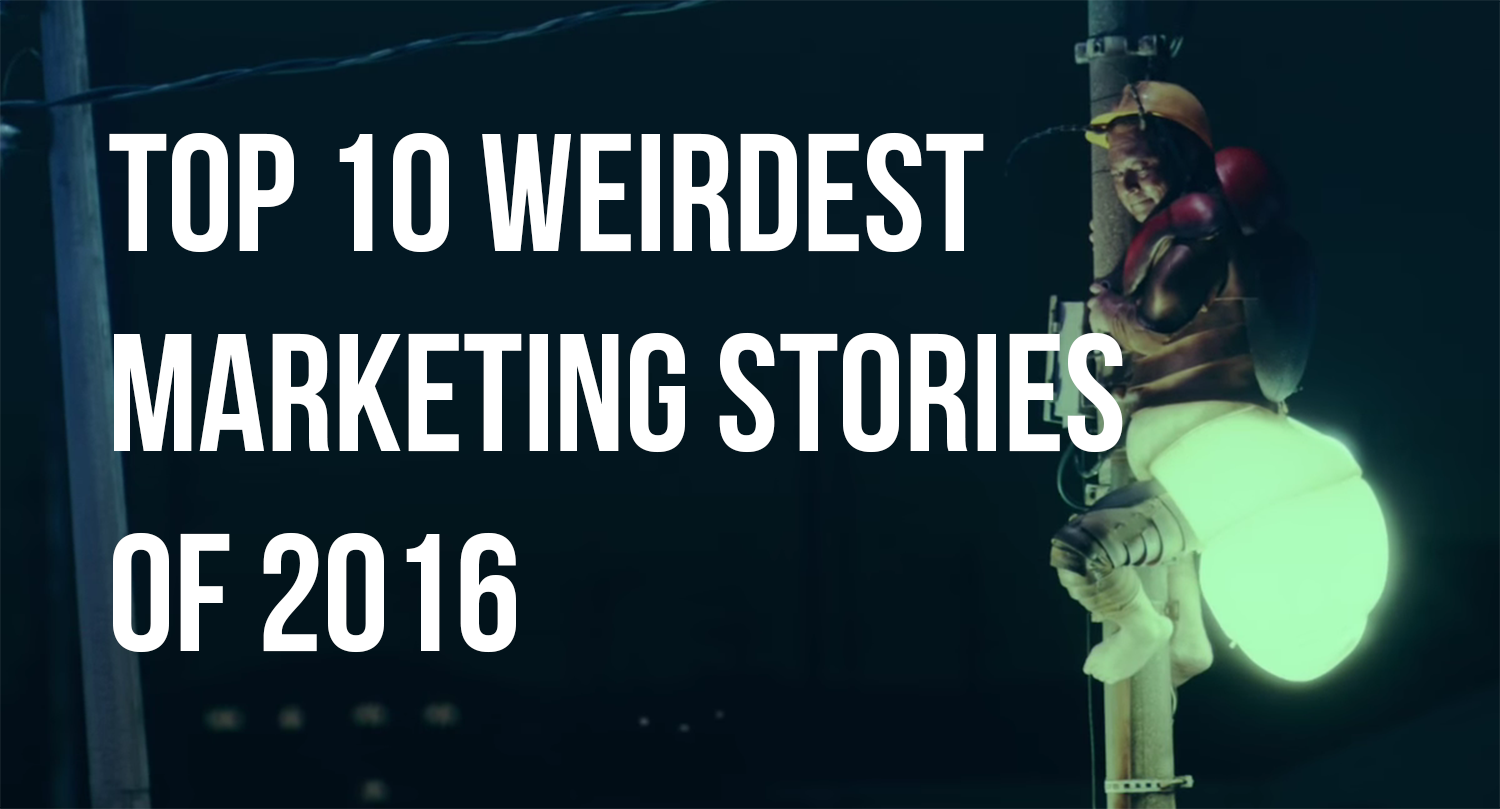 1. The US Justice Department calls CNN “The Biggest Troll”

2016 is definitely one of the most memorable election years in history, especially with the internet and social media being such huge influencers in the outcome. One notable highlight of the election season was the Republican National Convention, where the now President-elect Trump was named the official nominee of the party. His wife, Melania, spoke during the event using a prepared speech that was seemingly copied from a 2008 speech of First Lady Michelle Obama. CNN gave extensive coverage of the story.

The Justice Department, or at least a staffer, weighed in on the matter.

“The staffer’s access to the Department’s social media accounts has been revoked. The Justice Department takes this matter very seriously and will continue to take the appropriate steps to prevent it from happening in the future.”

But the internet never forgets.

This list of weirdest marketing stories would not be complete unless there’s an ad from Japan in it. Here’s the plot of this ad for Ocedel Lighting entitled Firefly Man: A man who can’t keep the lights on for his family leaves home on a five-year quest, and returns as a human firefly who lights up their house and oftentimes helps with community work.

It sounds weird in writing but trust me, you’d be missing a lot if you do not watch the whole video.

The ad won silver in Film and bronze in Film Craft at Cannes Lions. It was also the Grande Film winner at this year’s Asia Pacific AdFest.

It’s certainly a Kafkaesque story worthy of the awards it won. The cultural significance of being a family man in Japan who will do everything for his family, ties up well with the LED product it tries to sell. Ocedel Lighting is a better alternative than firefly powers for a week.

I’m just wondering, is the Firefly Man dead? We may never know.

Evan starts out as a typical story of young love. While waiting for summer break, the titular character, Evan, began etching words on the library to cure boredom. The next day, he found out that someone wrote back to him on the table, prompting the start of a secret correspondence. The budding romance between Evan and his secret vandalism partner prompts him to solve the mystery of her identity.

Watch the full ad below before reading on.

By using misdirection, the ad managed to show how easy it is to miss the warning signs of pending gun violence. Especially when it showed the previous scenes again, this time telling you in your face that it was there all along.

The ad was from Sandy Hook Promise, a nonpartisan nonprofit led by family members whose loved ones were killed at Sandy Hook Elementary School.

If the ad title didn’t give it away, the ad from mattress company Miracle Mattress meant to commemorate the September 11 World Trade Center attacks. And like everything else that used a sensitive event to make money, it went horribly wrong.

The ad was passable until the two employees screamed and crashed on the pile of mattresses as store manager screamed “Oh my God!” and followed it up with “We will never forget.”

The social media accounts of the San Antonio shop were bombarded with negative comments, calling for a boycott on the store. Company owner Mike Bonanno issued an apology saying “I am disgusted such a video would have been conceived as a promotional tool.” The store closed down after the controversy.

5.  Thailand’s “Just Being White, You Will Win” Ad

Thai beauty company Seoul Secret claimed in an ad that white skin is the secret to success. A 50-second spot by the company showed two actresses side by side with one actress gradually turning completely black.

Without the advertised pill, the actress warned that “the whiteness I have invested in, will just vanish.”

The backlash from the internet caused the company to remove the ad from their site. In their issued apology, they said “(We) would like to apologize for the mistake and claim full responsibility for this incident. Our company did not have any intention to convey discriminatory or racist messages.”

Beauty products aimed to whiten skin are popular in many Asian countries such as Thailand. The ad is just one of the many instances of racism in advertising in Thailand. In 2013, a Dunkin Donuts campaign on Bangkok trains showed a woman in blackface. Unilever also released ads that suggested it would offer scholarship to students with fair skin.

We’ve all encountered that jerk who fought with the cashier in a restaurant or shouted at an old lady crossing the street. Donate Life’s campaign, however, tells us that these jerks can be a hero too. How? By donating organs, of course.

Check out the video for the ad. Just a heads up though, the language and imagery may not be appropriate for work. Then again, what do you expect from the world’s biggest jerk?

Wade Alger, the creative director for The Martin Agency had this to say about their ad. “You could live your entire life as an a——, but if you did one good thing, make that one good thing donating your organs when you’re no longer with us. [The idea] seemed pretty simple.”

The aim of the campaign was to encourage millennial males to be organ donors, as the demographic dropped off recently.

For Chilean brand Huünen Beer, their product is the definitive “Beer for Men.” To show just that, they released ads showing men who just finished doing housework for their significant others drinking beer for instant menstrual belief. 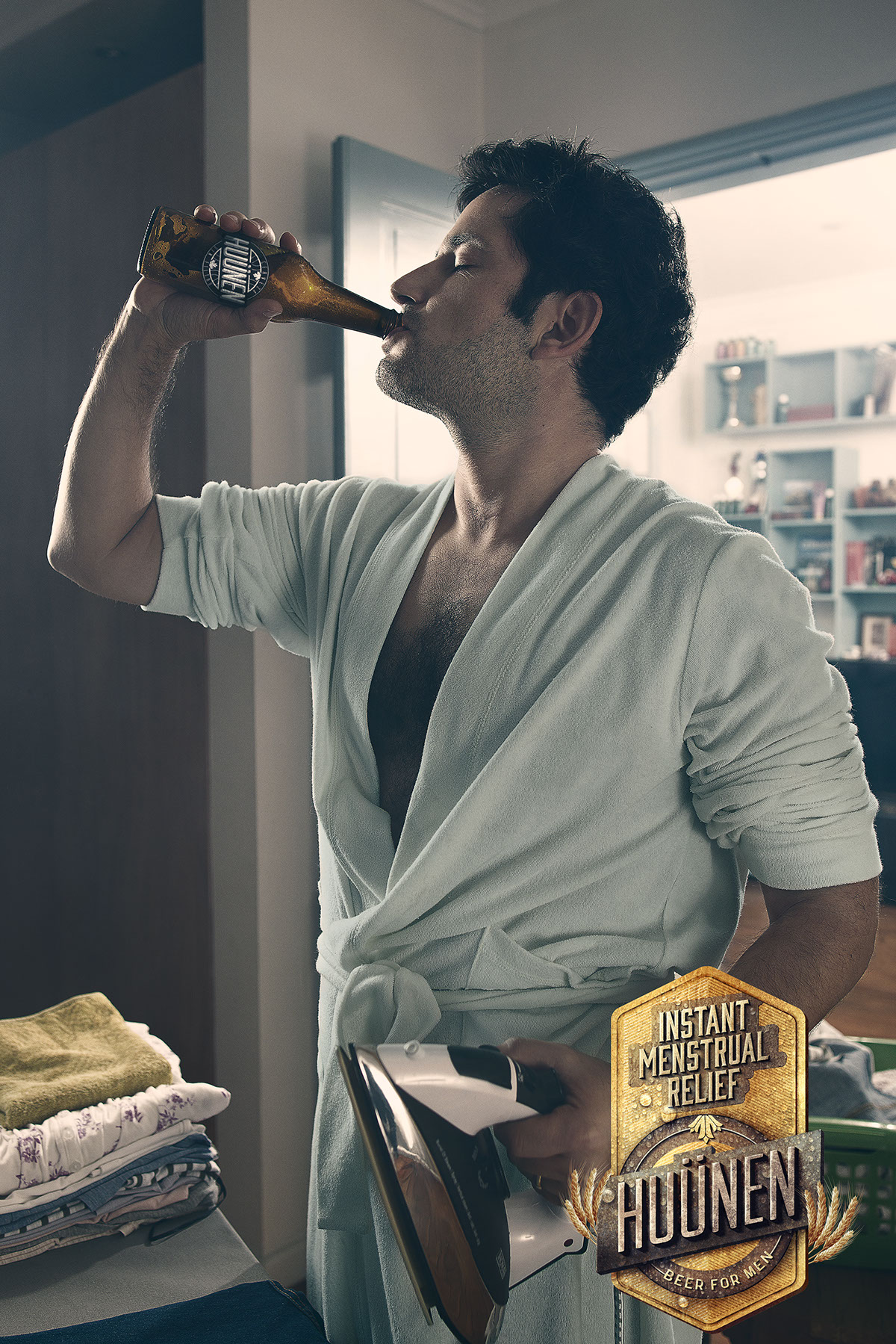 I’m not sure how such a sexist ad could pass their quality review. Unfortunately, the brand has been consistent with their misogynistic message. This is just one of the many series of ads that express sexist views. One even blatantly stated “You live with a woman. You deserve a beer.”

Politics are always a bit of a fickle thing to discuss. As marketers, our target customers expect us to at least be updated with the sensitive issues at play.

But even a big brand like Coca-Cola didn’t come away unscathed this year. All it wanted was to greet Russia and Ukraine a “Happy New Year.” What it got in return, however, was a barrage of criticism from both countries, which had territorial disputes in the past year. 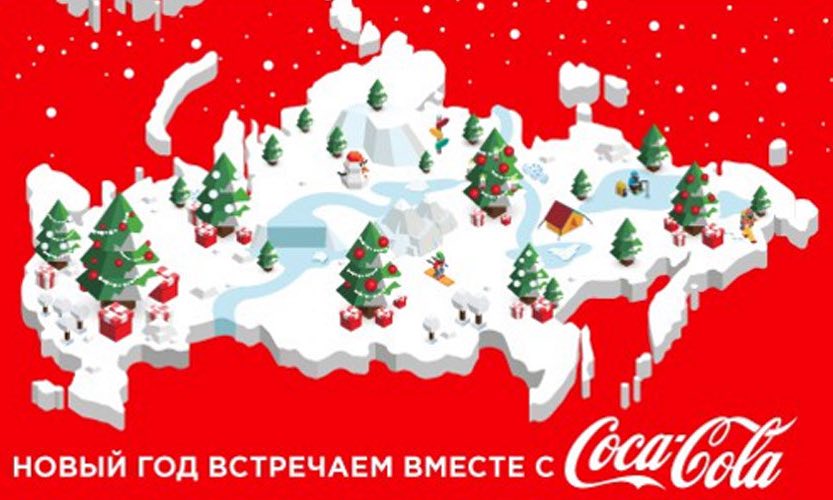 Crimea, which was formerly a part of Ukraine but eventually annexed by Russia, was the focal point of the matter. By not adding the territory in the Russian ad, Coca-Cola angered the Russians. But when it updated the map, it upset Ukraine which called a boycott to the brand.

I would be remiss to not include at least one of the many colorful ads from aspiring candidates during the election season. It is one of the biggest marketing events this year after all.

Any of the Trump or Clinton ads may fit this list but what I chose is probably the weirdest of them all. Democratic Senatorial Candidate for Florida, Patrick Murphy, wanted the support of the state’s large Latino population. What better way to do so than getting the President himself to endorse him?

But to make the ad resonate more to the Latino community, he made President Obama speak in Spanish. What we get however is a painfully hard to watch video of the President half-heartedly reading Spanish from a cue card. In the end, Marco Rubio retained the seat with Murphy just shy of 700,000 votes. 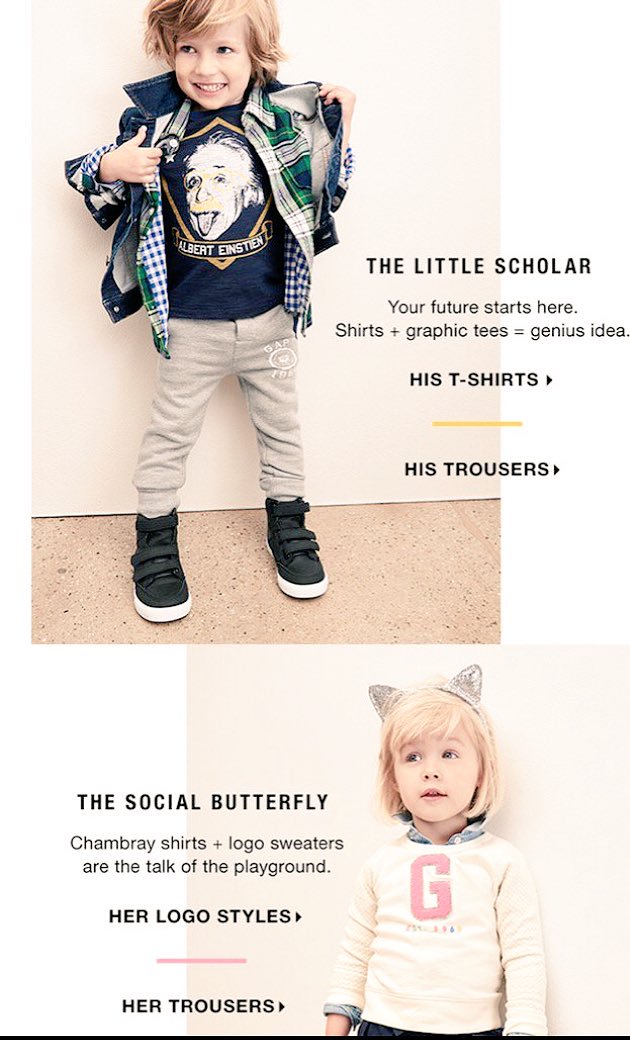 In response to the criticism, Gap released a statement saying “[The] Gap brand has always stood for individuality, optimism, and creativity. Our intentions have always been to celebrate every child and we did not intend to offend anyone.”

What other ads in 2016 would you classify as one of the year’s weirdest marketing stories? Share your opinion below.