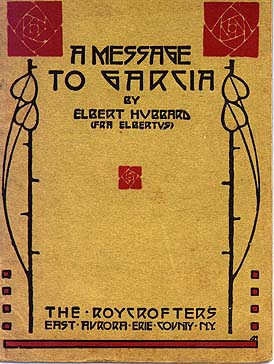 A pamphlet is defined as an unbound booklet (without a hard cover) consisting of a single sheet of paper that is printed on both sides and folded in half, in thirds, or in fourths, or it may consist of a few pages that are folded in half and stapled at the crease. In order to be officially recognized as a pamphlet, UNESCO requires a publication (other than a periodical) to have “at least 5 but not more than 48 pages exclusive of the cover ;” a longer item is a book.

Thanks to their low cost and ease of production, pamphlets often have been used to promote political or religious ideas. Today’s bogging community should identify deeply with the “pamphleteers” of yesteryear because the blog is the modern-day equivalent of the pamphlet.

Here are a few pamphlets that have—arguably—changed the course of history, proving once again that the pen is mightier than the sword.

Want to deliver a message to those who aren’t tuned into the internet? Need to provide something that will carry the weight and credibility of the printed page? Than a pamphlet is the medium you were searching for. So put your ideas down on paper and get them into print. Who know what kind of revolution you’ll be starting!