The Business Cards of Tech Giants

The other day I was doing research for a small project, and I happened to stumble upon one of Bill Gates’ original business cards. Obviously, things turned out fantastic for him. He made a fantastic product that ultimately changed our lives forever, and it is very possible that his business card helped get him to where he is today. I wonder who he gave it to first. Perhaps they thought to themselves, “Oh wow! This is a fantastic business card! This guy is going places. I’ll buy from him.” Well, it probably didn’t happen like that, but it could happen for you. You just need a great business card, right?!? 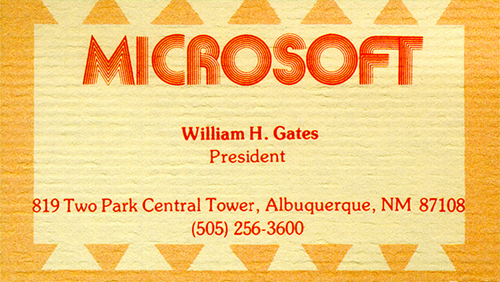 There’s not much I can say about Bill Gates. Microsoft changed everything. Windows gave us timewastes such as video Solitaire, and MS Office introduced us to Clippy, the animated paper clip that I’d just want to punch in the face sometimes. So yeah, there’s not much to say about Bill Gates that you don’t already know. I think I’ll let his business card speak for him. 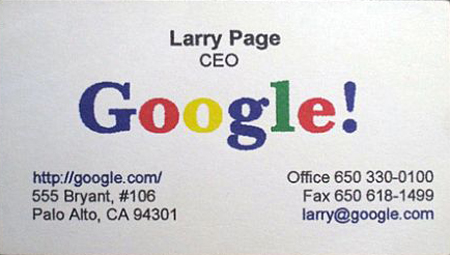 In my opinion, the Steve Jobs business card is the most generic of this bunch. There’s nothing flashy or futuristic about it at all, which is extremely ironic given Apple’s various product designs in the past 15 years. Like most companies, it just took Apple some time to find their groove. I bought my very first iMac this year. Well done, Steve Jobs. Well done. 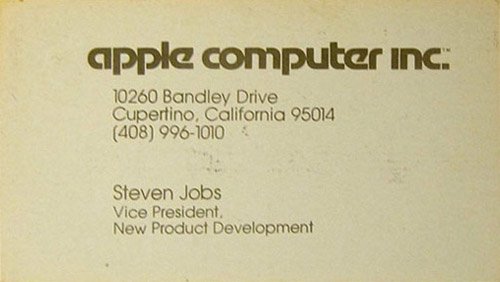 Mark Zuckerberg is the youngest billionaire in the world. After all, he invented The Facebook. He removed the ‘The’ after Sean Parker suggested it would be cooler to just call it ‘Facebook’. The growth of Facebook has been nothing less than phenomenal. I’m not sure if Facebook will be around forever, but social networking is certainly here to stay. Sooner or later, social networks will drive everything. [Note: This is not Zuckerberg’s actual business card. This picture is from the movie ‘The Social Network’.] 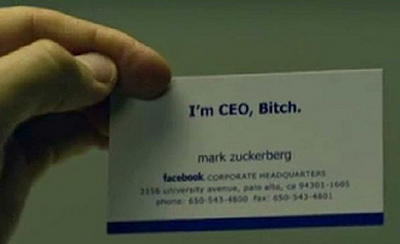 In April 1994, Jerry Yang and David Filo created “Jerry and Dave’s Guide to the World Wide Web.” In April 1994, they renamed it Yahoo! Inc. At first, Yahoo! was merely a directory of other websites, but it later turned into a full-fledged search engine. I still remember looking for Cliffs Notes for various Shakespeare plays on Yahoo! back in 1995. Man, those were the days. Looking back, it’s amazing that we even had the Internet at our house back then! [Photo credit: Robert Holmgren]

I know what you’re thinking: “Who is Kevin Mitnick? He doesn’t seem to fit into this list.” Well, sure he is not a household name, but he did have a major impact on computer security and technology. Kevin Mitnick is a name you should know. He is one of the most famous computer hackers and social engineers in the past 50 years. After serving time for crimes committed in his former hacker life, he started his own security consulting company. His business card is very clever because it features metal parts that can be removed and used to pick locks. It’s a lock-picking kit built into a business card! Now that is awesome.

6 thoughts on “The Business Cards of Tech Giants”