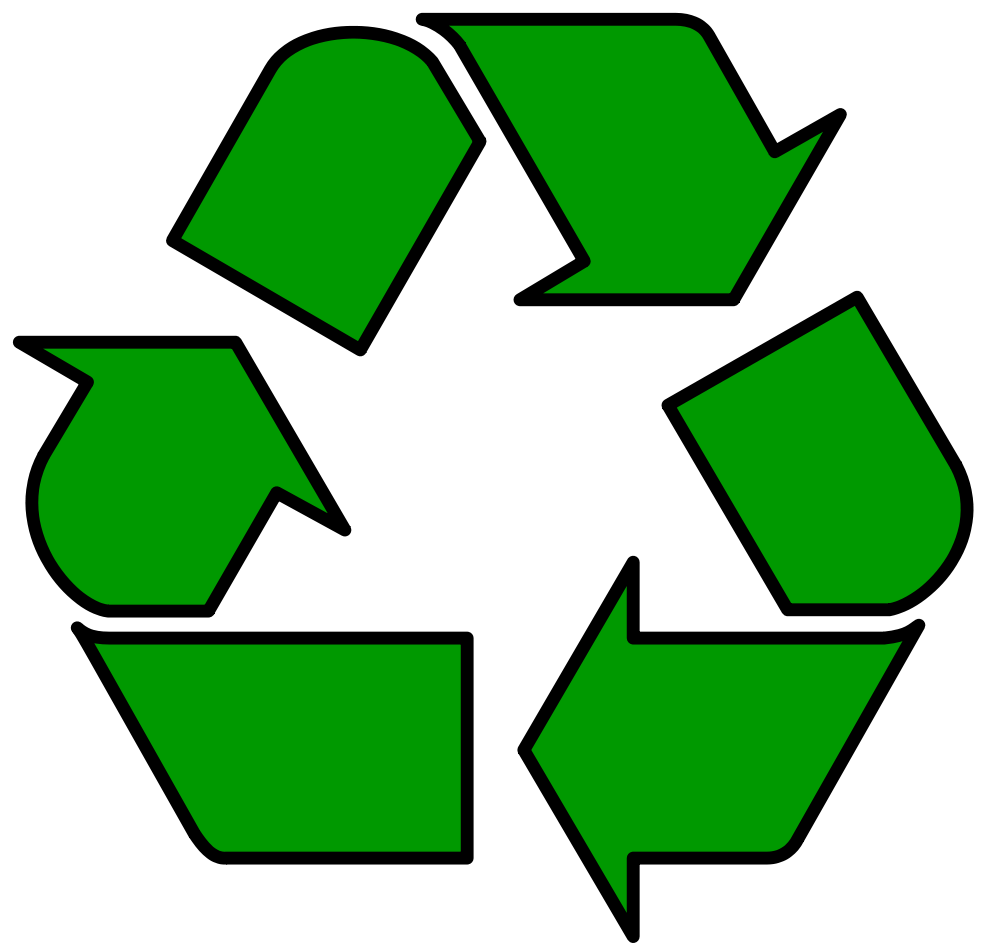 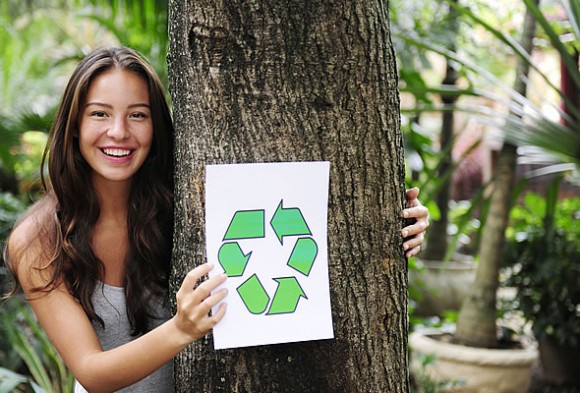 Want to learn a bit about recycling? Here is some interesting information about paper and paper recycling.

NextDayFlyers purchases and processes a staggering amount of paper and card stock. In creating business cards, flyers, brochures and other print materials for our customers, a considerable amount of scrap is generated. This scrap is not just swept into bins on the cutting room floor and sent to landfill – that would be a terrible and unnecessary waste! Our scrap materials are taken away and processed. In fact, our poor and unfortunate paper scraps are destined for great things!

Every day, several dumpsters full of our scraps are picked up by a paper recycling company. Eventually, these scraps will be transformed into something else – living a new and useful life as an egg carton, a telephone directory or even a nice vase! Using a multi-step process, our paper scraps are turned into pulp and transformed into new packaging and paper-based products.

Because the scrap that is picked up from NextDayFlyers has color printing on one or both sides, the ink must be removed. The process of removing printing ink from paper fibers to make pulp is called deinking. The key to the deinking process is to detach ink from the fibers. This is achieved by a combination of mechanical action and chemicals. There are two main types of deinking methods:

Most recycling companies use a combination of both these processes. The resulting pulp is then dried and pressed and used to make paper, cardstock or other products.

Recycling 1 ton of printing or copier paper saves more than 2 tons of wood!

• The average per capita paper use worldwide was 110 pounds

• 115 billion sheets of paper are used annually for personal computers

• Every ton of paper recycled saves more than 3.3 cubic yards of landfill space

• By 2012, the paper industry’s goal is to recover 60 percent of all the paper Americans consume for recycling, which is approximately 60 million tons of paper 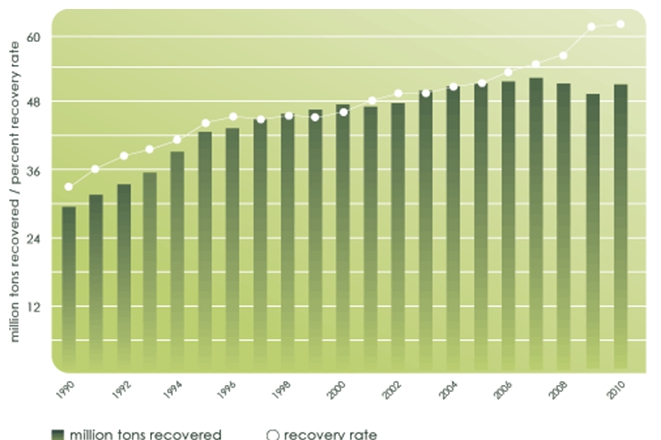 • One million tons of recovered paper is enough to fill more than 14,000 railroad cars

• An impressive 63.5 percent of the paper consumed in the U.S. was recovered for recycling in 2010.

Data for the year 2010 indicates that 31 percent of the paper and paperboard recovered in the U.S. went to produce containerboard (i.e., the material used for corrugated boxes) and 12 percent went to produce boxboard, which includes folding boxes and gypsum wall board facings. Exports of recovered paper to China and other nations absorbed nearly 40 percent of the paper collected for recycling in the U.S. in 2010.

The History of Paper & Paper Recycling

The word “paper” comes from papyrus, the natural reed used by ancient Egyptians, Greeks, and Romans. Although papyrus was not true paper, it was one of many materials used for documenting events and information.

Paper as we know, was first made in 105 AD in China. It was made from rags, old fish nets, hemp, and grass. During the following centuries, paper production spread throughout the Middle East and Europe. Over time, the process became more refined and yielded a much better product.

Paper use grew dramatically with the invention of the printing press in 1439 AD. This development spurred the expansion of new schools and universities, and increased literacy and education to classes of society that previously did not have this privilege.

The first newspapers began to appear in the 17th century. Newspapers were a major influence in communicating with large numbers of people, particularly during times of political instability and war. Much of what we know about the Revolutionary War, Civil War and World Wars I and II can be traced back to newspaper reports.

It wasn’t until the 1800s that paper began being made from wood pulp. Today, wood and recovered fibers are the primary ingredients for paper production in the U.S.

Recycling has long been practiced in the United States. The history of paper recycling has several dates of importance:

Although these dates show that we have been aware of paper recycling for a long time, we now, more than ever, need to continue this tradition and make a concerted effort to choose recycled materials over non-recycled products in everything we purchase.

The universal recycling symbol is internationally recognized and used to designate recyclable materials. We display this symbol proudly on our site because we only use recycled paper for all cardstock products, as well as participating in the recovery and recycling of ALL our waste paper materials.

The recycled symbol is not only a positive and progressive symbol to see on products, but it is also a great piece of design. Stylishly simple but instantly recognizable, it is composed of three chasing arrows that form a Möbius strip or unending loop.

In April 1970, worldwide attention to environmental issues culminated in the first Earth Day. In response, a large producer of recycled paperboard sponsored a contest for art and design students at high schools and colleges across the country to raise awareness of environmental issues.

It was won by Gary Anderson, a 23-year-old college student at the University of Southern California, whose entry was the image now known as the universal recycling symbol. The symbol is in the public domain, and is not a trademark. As such, anyone may use the recycling symbol, royalty free.

Consumers should look for this symbol when purchasing the following items:

This recyclopedia represents a quick guide for our customers – enlightening them to some of the terminology and history surrounding paper and recycling. As a print manufacturer that only provides recycled paper in the manufacturing of our flyers, businesses cards and other materials, this is a subject that is close to our hearts. When choosing an online printer, choose recycled and sustainable printing.