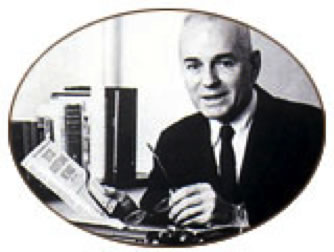 John Caples made a name for himself in advertising and revolutionized – if not created – the specialty of direct response. Learn about the man and discover his 7 principles that lead to effective advertising. 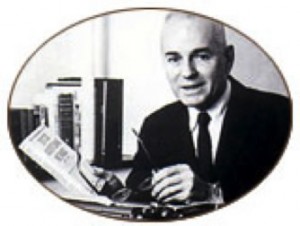 As a young copywriter at the Ruthrauff and Ryan mail order advertising agency, John Caples wrote what probably is the most famous ad of all time: 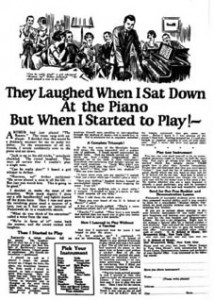 It has been “plagiarized” and satirized to this day.

Caples moved to BBDO (currently a division of Omnicom) where he spent the rest of his writing career. In 1941 Caples became a vice president, and in later years he served the company as the creative director. He believed in the testing of ads, consistency in copywriting, and simplicity.

Caples’ career was interrupted for a short time during World War II when he was called back into the Navy. During this time he rose to the rank of commander.

Note: Except for Tested Advertising Methods, these books are out-of-print.

The world’s best copywriters today regard Tested Advertising Methods as one of the best copywriting “How-To” books ever written — detailing proven advertising methods that sell. Caples himself revised the book 3 times (in 1947, 1961 and 1974).

In Making Ads Pay, Caples reveals a 7-step checklist of proven methods that have been repeated and repeated in successful ads:
This edition of Copy Chat urges you to take these into your most thoughtful consideration. These are principals that hold true to this day – especially in the current environment of internet marketing.

1. Does your ad attract the RIGHT AUDIENCE?
2. Does your ad HOLD the audience’s attention?
3. Does your copy CREATE DESIRE?
4. Do you prove it’s a BARGAIN?
5. Do you establish CONFIDENCE?
6. Do you make it EASY TO ACT?
7. Do you give prospects a reason to ACT AT ONCE?

In 1973 he was elected into the Copywriters Hall of Fame and four years later into the Advertising Hall of Fame. The John Caples International Awards were founded in his honor by Andi Emerson in 1977. When Caples died on June 10, 1990, he was 90 years old.

When one considers the internet as one of the most powerful forms of media for direct response advertising and marketing, it makes good sense to learn from one of history’s legendary copywriters.

Thanks to available software tools, the testing of advertising on the internet can yield immediate results. The learning that comes from rigorous testing will allow marketers to fine-tune their campaigns to maximize Return on Investment.

If you can get your hands on any of these books, consider it money well spent!