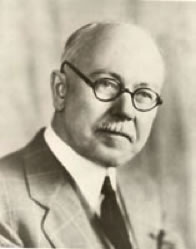 As one of the greatest copywriters in the history of advertising, Claude C. Hopkins made a lasting impact on the way advertising is created. At the same time he brought great success to his clients and earned himself an unparalleled salary of $185,000 a year, in 1907! 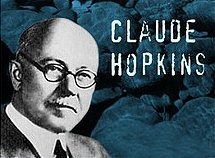 He wrote one advertisement for Van Camp Evaporated Milk that caused more than 1.46 million coupons to be redeemed. By learning the science of brewing beer, Hopkins was able to create a campaign that lifted Schlitz Beer from fifth place to a tie with Budweiser for first.

Hopkins’ prowess as a copywriter led him to the presidency of Lord & Thomas, where he helped build the agency into an advertising powerhouse in the early part of the 20th century. Hopkins authored two books, My Life in Advertising and Scientific Advertising, which quickly became classics in the advertising industry.

Hopkins greatest contribution to the advertising industry was his insistence that advertising should be tested and proven as an effective sales tool. His strong advocacy of “reasons why” advertising led him to adopt many innovative methods for promoting a product.

He was the first copywriter to put coupons in ads offering a free sample of the product and a pioneer in the field of test marketing. Hopkins also emphasized the importance of strategic preparation to eliminate wasted time and effort.